Come see us during National Alpaca Farm Days, Sept 24-25, from 10 am to 2 pm. We'll have alpacas for viewing, a yard sale, and our retail store full of alpaca products!! Details here.

Award-winning Farm with Fiber of the Future!

0 items
You have no items in your shopping cart.
Close 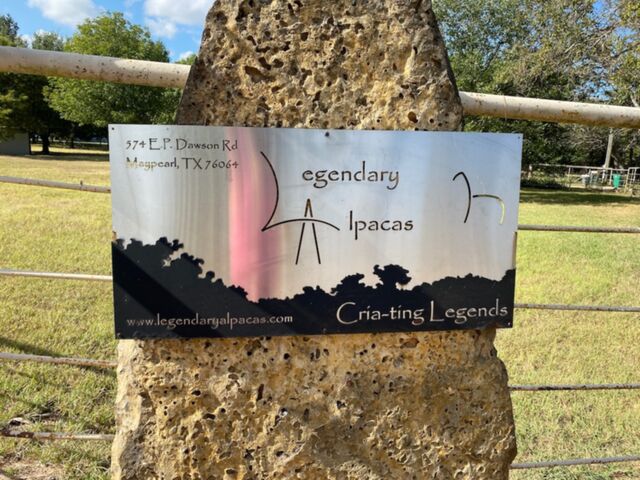 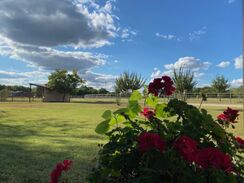 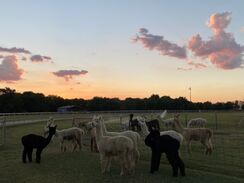 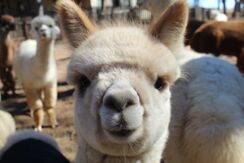 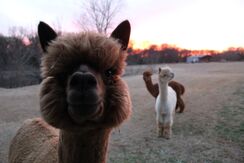 Gina and Devin Glasscock settled on their Maypearl ranch in 2005, seeking wide-open pastures for their horses, good schools for their son, and a different pace of life.

Fascinated by the history of the alpacas and their eventual importation to the U.S. from South America, Gina studied intensely the genotypes and attributes of alpacas - doing extensive research and traveling to shows and other ranches - before investing in the ranch's first four production females in 2006.

The family began breeding and showing alpacas in 2007, bringing home a Color Championship right out of the gate.

Today, Legendary Alpacas is home to 60+ Huacaya alpacas (50 females and 10 males), along with horses chickens, guinea hens, turkeys, ducks, and their three dogs- Scarlett, Deacon and Bishop. Gina also is a member of TxOLAN and sits on the board as Vice President.

Annually, Gina shears the herd for its fleece, utilizing all the fleece crop for products available in the ranch's store - many of which are designed, hand-dyed, and handmade on-site. She ships out the remaining fleece for sorting and production and profoundly offers an array of alpaca goods in her gift shop.

To say that Gina grew up around animals might be an understatement. Her family had horses in San Angelo during Gina's teenage years, but her mom also rescued and rehabilitated animals in their home - everything from possums, raccoons, and skunks to ravens and even a mountain lion. Her father was an entrepreneur, opening several different businesses, including the popular Dallas bar, Borrowed Money, in the 1980s. This is where he first created "Ladies Night" discovered talent like LeeAnn Rimes and Garth Brooks.

After working for her father for a number of years, Gina herself developed into an entrepreneur, launching P.D. Johnson's Dog Day Deli with her sister in 1998, a business they would successfully own and operate for 20 years. A cancer diagnosis led to Gina re-evaluating her priorities and starting on a path towards what truly made her happy; as it turned out, that was animals. She purchased her first horse (and then a second), which precipitated the need for more land and space to enjoy her animals. While Devin continued his successful career at a machining and fabrication facility just south of Dallas, the family relocated to Maypearl and began their journey as livestock farmers. 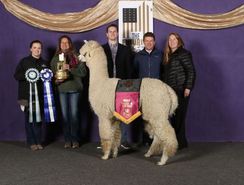 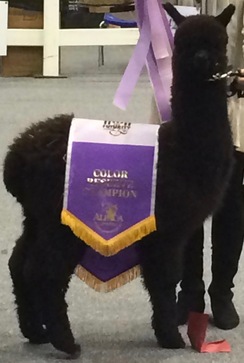 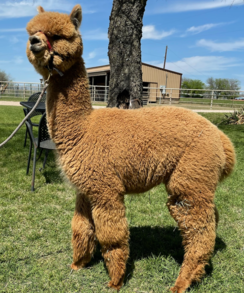 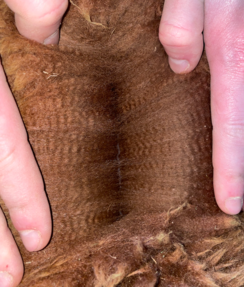